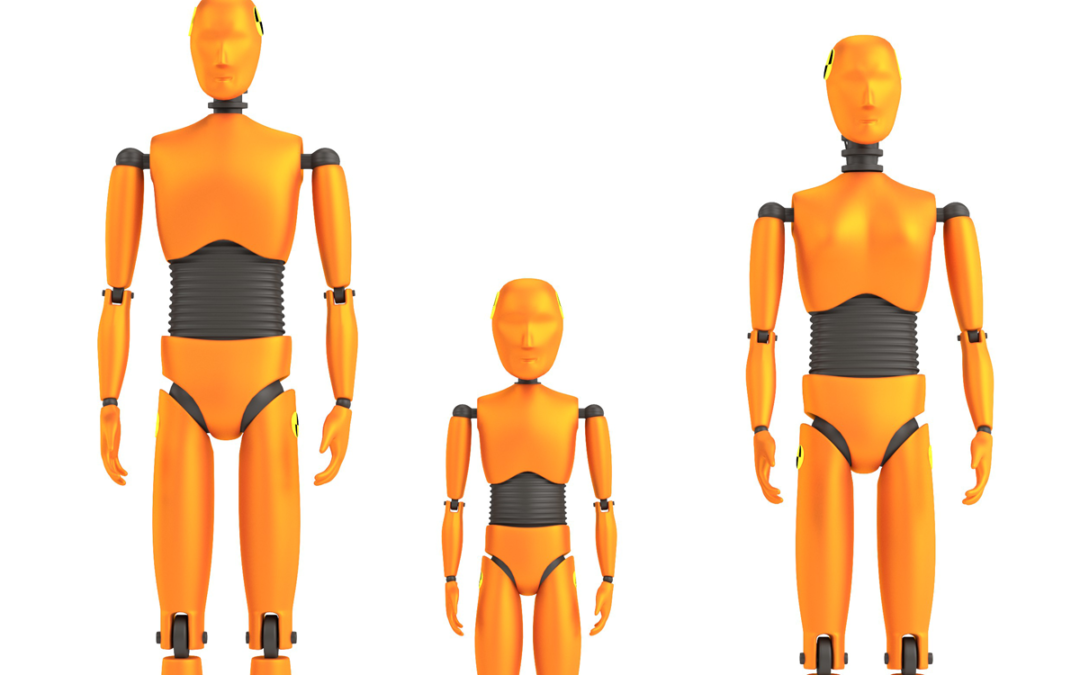 Does your Vehicle’s Crash Test Safety Rating Protect you?

When you buy a new car, it comes with a crash test safety rating from the National Highway Traffic Safety Administration (NHTSA). These ratings are based on a series of tests that determine the safety of a car for its passengers in a variety of crash scenarios.

Until the 21st century, the only crash dummies used in these tests were designed like an average sized man.

2011 model vehicles were the first required to use female dummies.

Until the model year 2011 cars came out, there were no regulations stating that these crash tests needed to use dummies based on female bodies, overweight bodies, child sized bodies, or any size and shape other than the average male.

Today, most dummies come in one shape, but account for a variety of adult sizes from petite to heavy.

The first female-shaped crash test dummy was made in Sweden in 2012. It’s not required to be used in crash test dummies but can provide a more accurate safety rating for women.

A spokesperson for the NHTSA stated that “studies show that women, having smaller bones and lower bone density, are at a greater risk than men of suffering injury or death in crashes.”

In fact, the NHTSA is taking steps to make a more lifelike crash test dummy now.

Why was the male dummy the standard?

When crash testing was first required, it accounted for people of varying sizes, from a tall man to a short woman.

However, when the typical crash test dummy was required for testing after 1973, the only mandated size was the 50th percentile male.

The average car today is designed to protect the average crash dummy.

The result of the lapse in testing requirements was that until 2011, the mortality rates for women, children, and obese people was much higher than that of average sized men. Even as cars continued to be safer and overall rates of death and injury were lower, they were lowest for average sized men.

As the technology for crash test dummies increases to protect a wider range of people, cars should get safer for all of us.